Many of us who grew up, or at least got older, around Port Phillip in the ‘60’s and ‘70’s, will have been familiar with the Australian Sailfish. Large fleets sailed at a number of clubs here in Victoria and were a regular sight at regattas around the State. From Victoria the class spread to Queensland, PNG and New South Wales but then numbers dwindled in the 1980’s and by the late ‘80’s they were gone.

However, their small size and shallow draft meant that many of them survived, down the side of the holiday house, up in the rafters of the garage, and some even spent time as tabletops in antique stores (true)! I still remember walking into a store in Sorrento and looking up to see an Australian Sailfish hull resting on the beams.

Three years ago, an old mate of mine from NSW and I sat down with class co-founder Jack Carroll to gather some of the class history, all that stuff that didn’t matter when we were young but now suddenly does matter a great deal. This was in part sparked by seeing Jack’s original Sailfish, lovingly restored by Andrew Chapman, featured in a report on the 2016 Inverloch Classic Wooden Dinghy Regatta (ICWDR). After we spent the day with Jack, we decided to put what we had learned up on a website and, along with another old mate, to attend the 2017 ICWDR. To our complete amazement, eight other Australian Sailfish sailors of old, having seen the 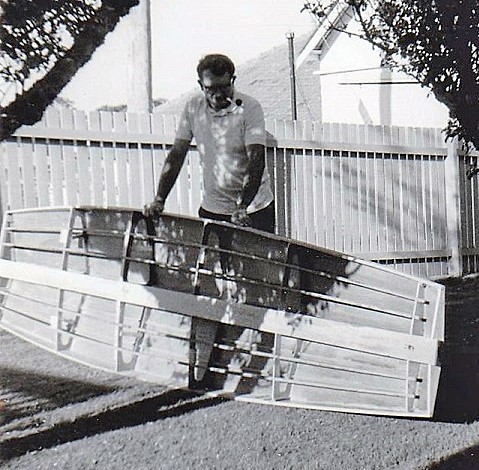 As I mentioned above, one of the reasons for the survival of so many boats was that the Sailfish is so easy to store, the entire boat and rig take up very little room. But the other reason is that it is a boat that managed to get under the skin of so many of us that have owned them in the past. For many of us it was the only way we could afford to get sailing, and that initial involvement created a love of “simply messing about in boats”, as it is so perfectly put in Wind in the Willows.

The Australian Sailfish is simple to build, well within the skill set of anyone used to playing around with bits of wood. The basic structure consists of a deck plank, keel plank, six frames, timber sides and plywood deck and bottom, giving a hull that is a shallow V planning shape that performs well, particularly off the wind.

At a time when a new plastic boat will cost upwards of $7000, it is possible to put a new Australian Sailfish on the water for under $3000. If you are looking for a project for, or to involve, a keen son or daughter, grandson or granddaughter this is a straightforward introduction to building a boat and sailing. It can be rigged with a cadet rig for a younger sailor just starting out and then the same hull can have a full rig fitted as the skipper grows in size and experience. But if restoration is your thing, there are plenty of Sailfish out there under houses and in sheds for around the $400 mark. In many cases they will need a bit of work to tidy them up but I cannot think of any other boat that can get you on the water for so much fun and so little cost.

If this has piqued your interest there is lots more information on our website, www.australiansailfish.wordpress.com, including plans and building guide. 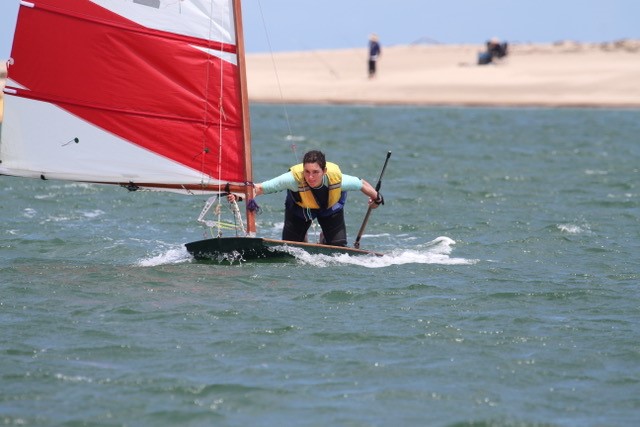