Well, we’ve had historical, professional, and modern examples, advice from unidentified contributors on shafts, blades, leathers, weight, and rowlocks – now it’s time to look at some of our other members' oar making. There’s also a list of oar making references at the end of this article (for those who don’t want to design their own oars) to help you get underway in choosing what is right for you and your boat.

Ron made his lovely spoon blade oars about 15 years ago using the pattern in Wooden Boat Magazine issue 117 (March/April 1994).   If this is the pattern for you, digital copies of the magazine are available for (US)$3.50 from the Wooden Boat Store http://www.woodenboatstore.com/product/WoodenBoat_magazine_Issue_117_DIGITAL/woodenboat_91-120   - OR  you can borrow said magazine from our own WBA library for NOTHING,  or  - you could borrow my copy (editor) for the same rate!

When you have a 130 year old huon pine dinghy it’s understandable that you want oars that are in character with your boat.   Ron has used cast bronze rowlocks to stay in the mood.

Russell made a start, but as with many of us, other activities press, and projects are put aside.

Russ tells us that he had not made oars before but has repaired plenty - particularly replacing the feathers, when he voluntarily maintained all the equipment for the Nagambie Rowing Club in the days of wooden oars and boats. This set of shafts he has started are from 50 x 50 x 2m oregon.  Blades are 700mm long and 150mm wide across the feathers. They have approx. 75mm hook.  The last 200mm of each shaft splayed on leading edge to trailing edge. Blade is splayed to match the shaft but in reverse.   The completion of the oars has been shelved by work on restoration of our new boat Maude.   Like Maude they will be finished one day.

Looking forward to see both Maude and the oars in the future Russ and Marg! 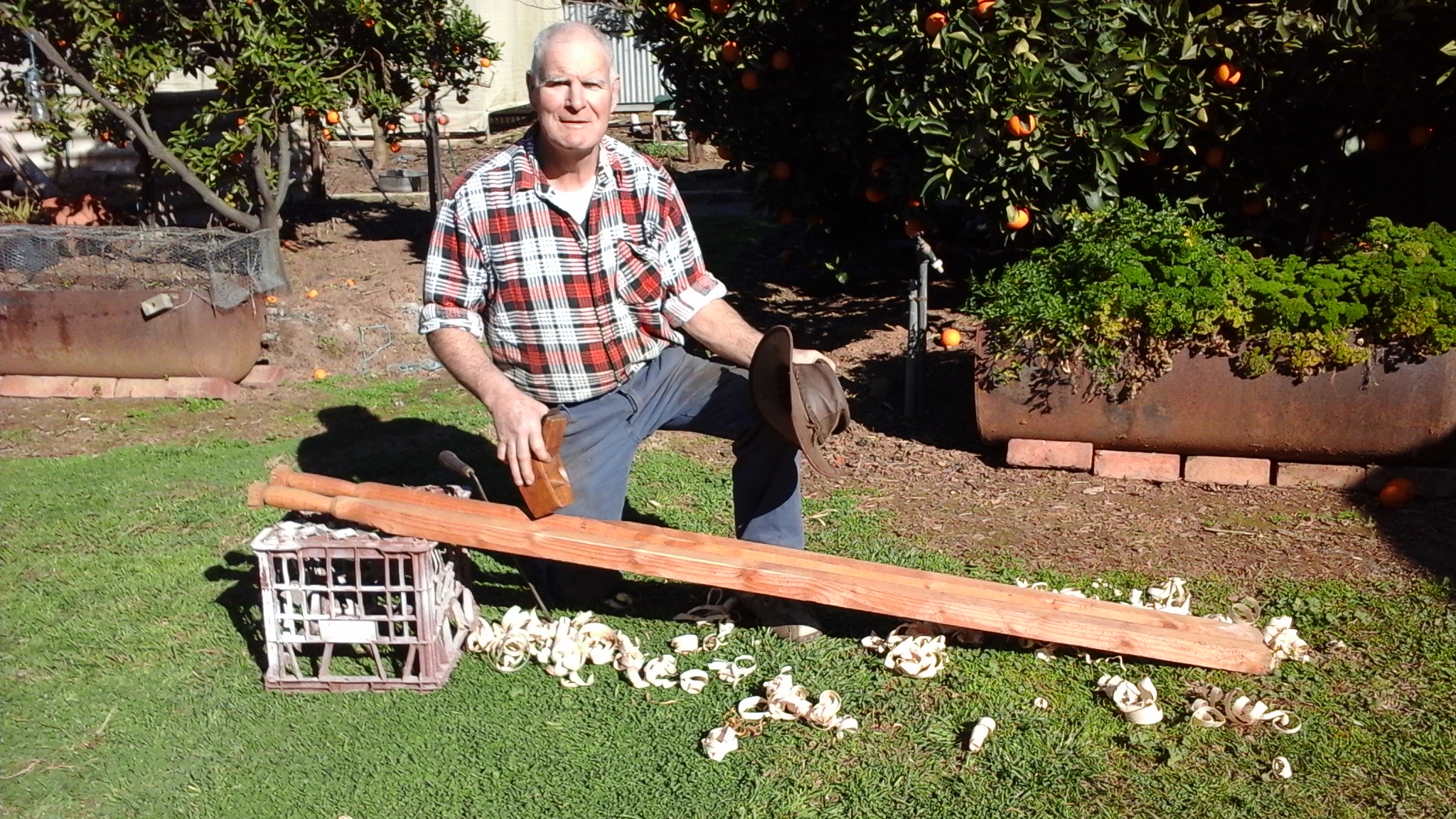 I admire your patience in persevering with the coffin plane, Russ.

Rob has made a number of sets of oars and the photographs show that Rob too can’t afford modern tools.   The oars pictured here were made in 2004, so perhaps he has moved on?

Rob used the blade of an oar made in 1936 by Towns Bros. in Newcastle as a template.    He selected three 9' lengths of 2” x 2”,  cut one into 4 equal parts and glued two of the the resulting two’ 3” pieces to either side of a 9’ length, for the blades.  After cleaning up the faces  he used the profile of his antique oar to mark the outline required and cut to the shape.    Next he planed the convex faces  and finished with a spokeshave.   A spokeshave was also used to achieve the concave shapes taking care to form the central ridge.

Of course the final test is a favourable match of the shapes with the original blade, and that all important dip in the water. 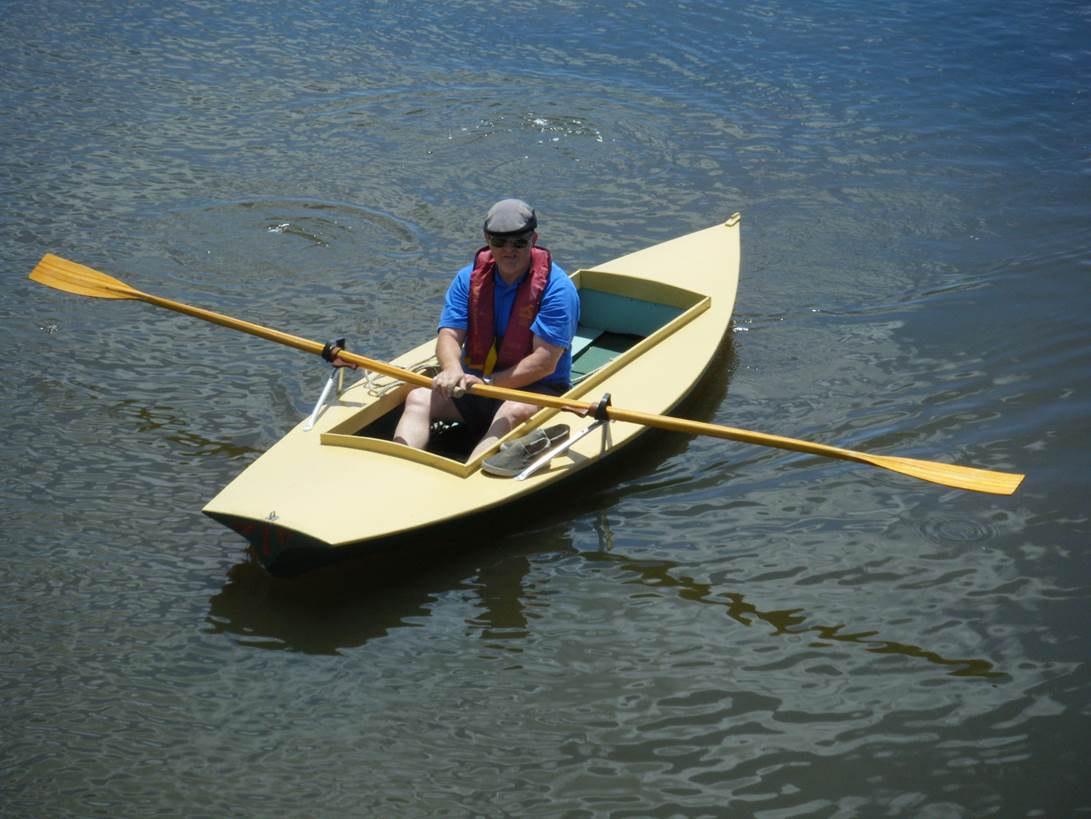 For those interested in making a traditional flat bladed oar,  Wooden Boat Magazine no. 127 (copy in our library) has pictures and instructions – this magazine also has an article on oar leathers.

As promised, a list of web sites with more information follows.