The PS Adelaide was launched on 21st July 1866 and has just celebrated her 150th Birthday. PS Adelaide is the oldest wooden hull paddle steamer still operating in the world and has recently undergone a refurbishment for her birthday. 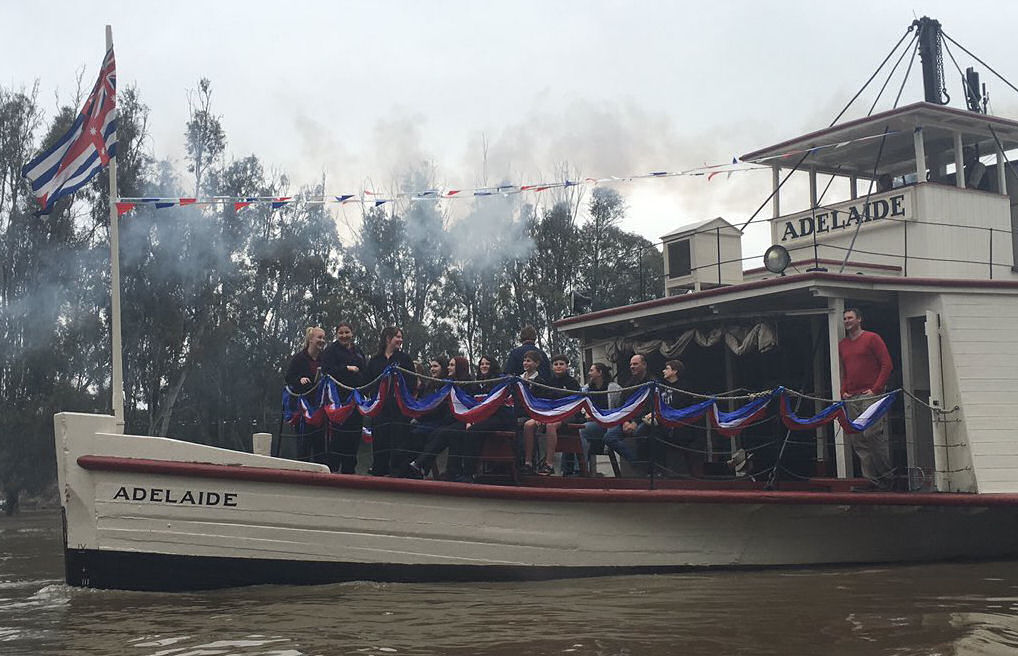 PS Adelaide reaches back in time for us, with some notable events happening at the time being:

The Victorian gold rush was still in full swing, the American civil war had just ended, The Statue of Liberty was offered to the United States, Convicts were still coming to Australia, The First Aussie rules Football match was held, the Canadian parliament met for the first time, and Dynamite was invented.

Adelaide was purchased by the Echuca Apex club in about 1960 and returned to Echuca from South Australia. To preserve her she was lifted from the river in 1963 via a series of coffer dams and installed in a park surrounded by concrete and rose bushes for protection. Normally this would have been the death knell for a wooden hull but she survived quite well for 20 years until restored and returned to the river in 1983.

As a child, I remember Adelaide in the park as a relic of a bygone era like steam engines are now in some towns. There was no river boat activity at that time and Adelaide was the last reminder of what Echuca used to be in its heyday.

Adelaide has a direct drive steam engine making her very powerful, quiet and well suited to her later life of towing timber barges, often three at a time. The skipper is able to control the throttle as well as the forward and reversing gear from the wheelhouse making her easy to operate. Adelaide still looks as she did originally and has been maintained as an authentic paddle steamer. For full manoeuvrability, Adelaide’s tow pole is in the centre of the boat enabling her to turn sharp bends with barges in tow.

At the birthday celebration Adelaide looked fantastic and was steaming with passengers and did a demonstration tow of one of her barges for some time during the day and on the following weekend.