The Club boats Begonia and Lindsay Symons were on display at Seaworks last September for the arrival of the Tall Ships. Over that weekend it was decided that Begonia’s trailer needed some more work to stiffen it.

After discussions between Mick, David and Frank the extra stiffening was fabricated and fastened in such a way that it could be removed if needed. It was then decided that the trailer needed improvements in the way it supported Begonia. This work was begun by David Gibson and completed by David Stott over the Summer break.

At the April Club Night Frank Raisin gave a rigging demonstration of Begonia and from his long experience of sailing Begonia, he and Sue have now produced a helpful instruction booklet for rigging and sailing Begonia.

During February and March Begonia was not launched and as a result she dried out and was leaking a lot when she was launched in April. Chris Kelly regularly topped up the water in the bilge and slowly the seams took up so that on the next sailing day she was OK. The club is now investigating getting a new cover made for Begonia.

With the ongoing work on the PP12, Leigh, Chris and others have been busy bit by bit getting her ready to be back on the water in the next few months.

Leigh McNolty has been in contact with several people who recall the class on the water. Jim Temple, who crewed a PP12, has donated 2 PP12 spinnakers, in great condition, and has also allowed Leigh to scan a photo of the PP12 he used to sail in (that’s Jim as the crew of Sail #22). Phil Atkins has scanned and emailed us some pages from an old “Gregory’s Guide to Sailing” that mentions the PP12. 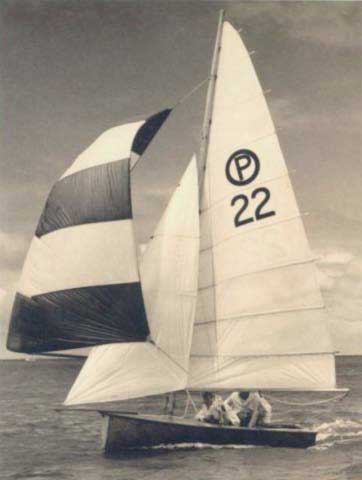 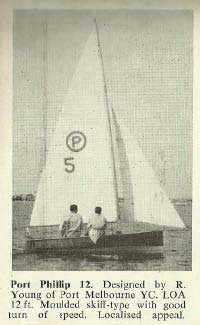