Doug Gullickson showed an excellent video of the Silver Jubilee Rally of the Steamboat Association of Australia held on the weekend of 10th September last year at Wentworth. There was a total of 28 boats from NSW, Tas, Vic, SA, and Qld. These included a mixture of steam launches, paddle steamers and motor vessels. 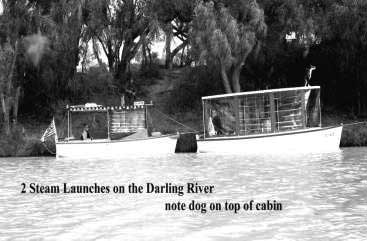 We saw and heard the whistles & toots of all the 23 steam powered launches at the rally and also the 2 steam powered paddle steamers, “PS Ruby” and “PS James Maiden”. The “James Maiden” hails from a property 34 km up the Darling from Wentworth. The other boats included the very new and beautiful huon pine Steam Launch “Huon” owned by Jessups from Launceston, Tasmania. Amongst the many others was the steam outboard which has always intrigued me when seen at the Hobart Wooden Boat Festival. It was a great display with boats going in all directions, looking like a much greater number. The video included a trip downstream through lock 10 and also a picnic 12 km up the Darling. 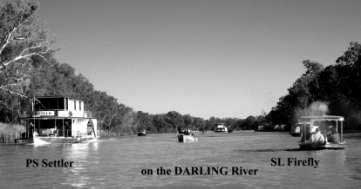 This was followed by a chance to see the video of the barges and yachts trading out of Hobart. These were magnificent 15 to 20 m sailing working barges developed to work in the shallow bays and rivers of Tasmania. Their cargos included timber, sand, firewood and of course apples. Once there was more than one boat there was racing, and naturally an annual event the “Regatta Cup” up the Derwent River with polished hulls and racing sails.

It was regrettable, but there were only nine of us present to enjoy the videos. While eating dinner we watched photos of local WBA activities.