AJ MacKinnon, author of The Unlikely Voyage of Jack de Crow, entertained a large crowd at our May club night.

Proving to be as entertaining in person as he is in the printed word, Sandy enthralled everyone with his ability to see the humour in every situation he found himself in. He regailed WBA members and guests with stories of his epic voyage in a Mirror dinghy, through the United Kingdom, across the English Channel, through many countries in Europe, to the Black Sea, and the response to this evening has been one of universal acclaim! Many people laughed until they cried, and dozens went home with a copy of Sandy's book to read, and hopefully share with others.

To get a taste of what almost 100 members and guests enjoyed on the night, watch a video of Sandy at his book launch at the 2008 Melbourne Writers' Festival.

A special thanks must go to Andrew and Marilyn, who worked behind the scenes to make sure that nobody went hungry. 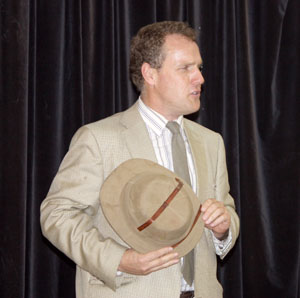 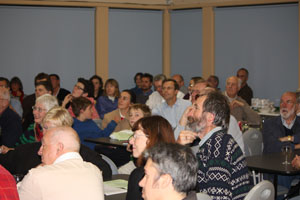 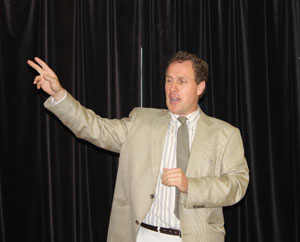 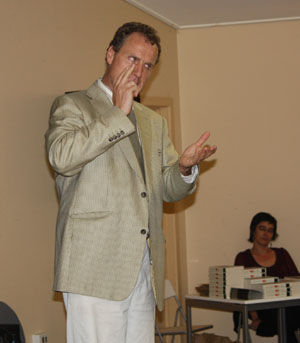 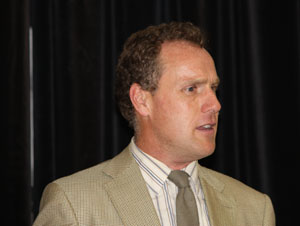 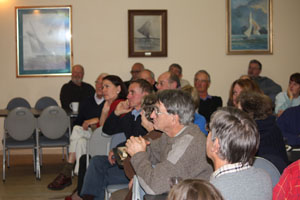