Club Night with FloataBoat May 2017

It was good to see visitors and their model boats from Broadmeadows, the Albert Park Yacht Club with Chris’ and Paul’s twin model yachts, Surrey Park Model Boat Club with a model of the “African Queen” as it looked in the film, and the Lake Illawong Model Boat Club (Patterson Lakes) displaying 3 models which included a vintage model of the pilot vessel “Wyuna” that had been made by Rosey as an 8 year old.

Our club also had models on display from David O’Dempsey, Alex and Stewart Pigdon with their lovely model Couta boat, and Graham Signorini’s giant model of the cutter “Madge”. This last boat is so detailed, I suspect that Graham soaked the original cutter until it shrank to its current size! 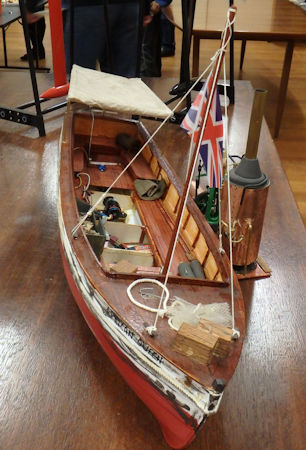 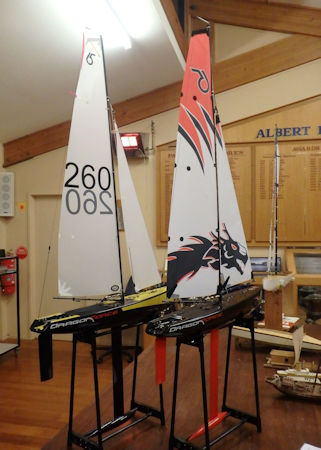 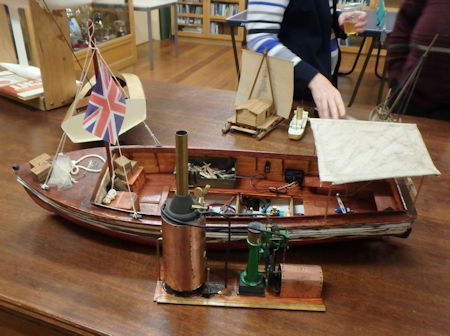 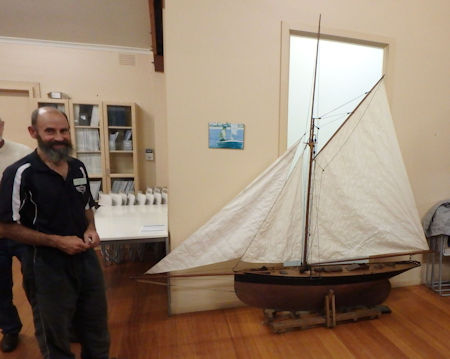 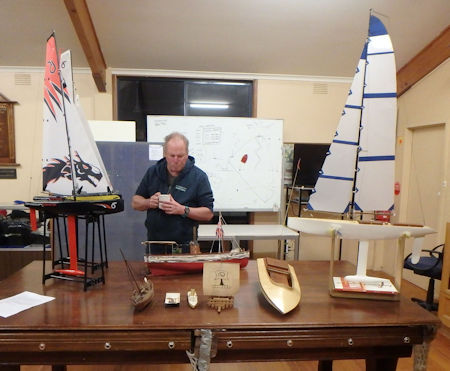 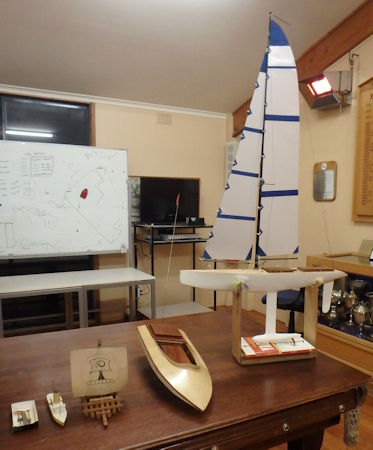 A fair share of the models had their origin in kits or plans from our guests.

The main event of the evening was of course Adrian and Rhonda Brewer sharing their story. There was so much that I didn’t know.   Adrian had found a love for model boats as a youngster (as part of a school project,) and kept on going. It was interesting to learn that from his first attempts at sailing his boat models which were “boxes with pointed ends” and which failed miserably, Adrian kept trying, found school holiday work with Higgs Bros. boatbuilders in Geelong, and with help from others became so proficient that he was approached - as a schoolboy - to build a model for someone else – his first customer!   Gradually more customers came on the scene, and some of his boats were winners on the pond. 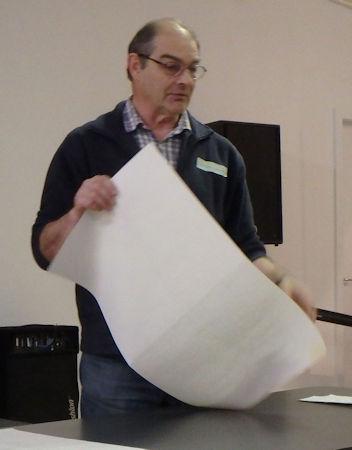 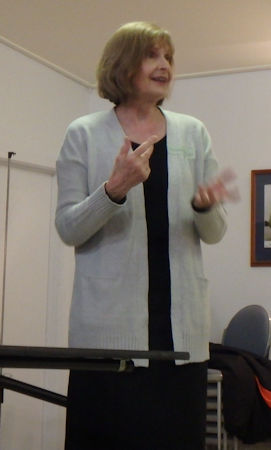 I learned that Adrian set out to study fine arts, majoring in Advertising (called Graphic Design today) and towards the end decided that he really wanted to be a Naval Architect – but as RMIT didn’t have enough applications for the degree that year, he transferred to the regular architectural stream and duly qualified.

When a partnership eventuated with Rhonda, they shared the new job of providing for themselves and their growing family, a partnership that continues still.

It wasn’t always easy (is it ever?) but with Rhonda working and Adrian playing with his models and doing architectural work, life progressed.

It is interesting to learn that Adrian was a rebel against the “then” norm of adopting English plans for the boats used in model yacht racing, and decided that there should be at least an attempt at local design.   He gave it a go.

At first there was moderate success, but then he and his boat won the National Championship – and then did it again!   There’s nothing like winning to get attention!

Perhaps I should mention that Adrian’s designs have now won 17 National Championships (16 Australian and an American “A” class national).

So how did “FloataBoat” get into business?   Adrian and Rhonda had been finding bits and pieces for model boats for themselves and customers, and found the demand increasing – but increasing enough to support them?   The time came to give it a go (and with Rhonda at that stage earning enough to keep the boat afloat), a legal business partnership was established between the two of them, firstly operating from a showroom at home and then moving to their first retail shop in Camberwell in the late 1990’s.

As you all know, Floataboat subsequently relocated to Ringwood and has been successfully operating there since.

Did I mention that Adrian has a wonderful eye for detail, is meticulous in his modelling work, has personally taken the lines off many local historic vessels so that we can make models of them, that Rhonda is always there organising things, that they have accumulated one of the country’s biggest and best collection of fittings, materials, motors and electronics, kits and plans – AND it has been known that you may be provided with a free coffee and chat when you visit them? !!!!

Maybe that’s something you should discover for yourself.

Thanks Adrian and Rhonda for spending the evening with us. 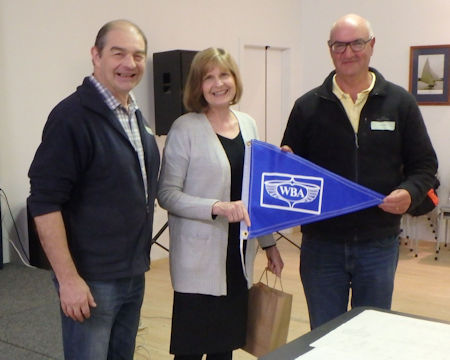 Have you recently had a great day on the water, voyaged from A to B successfully, or completed a small project such as a locker lid or new spar? Our members would love to hear about it!.

Please send a short paragraph and a picture to the Shavings Editor, preferably by email to shavings@woodenboat.asn.au, so that we can include your account in Shavings.

We also encourage members to share their achievements and experiences at club nights. Bring along photos, drawings or examples and feel welcome to talk about these as part of the meeting.

We have 64 guests and no members online

Coast Guard SafeTrx is a Smartphone App for both Android & Apple iOS devices that allows you to have your journey recorded and monitored by the Australian Volunteer Coast Guard 24 hours per day, every day of the year.